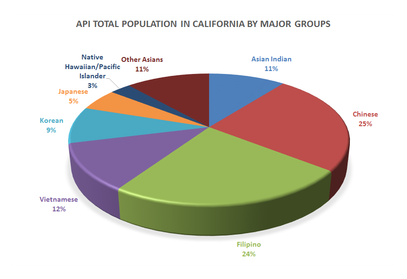 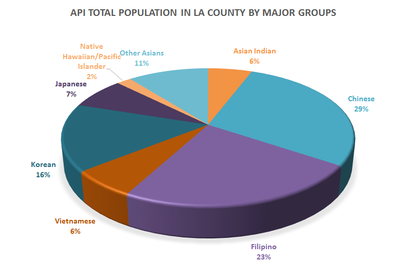 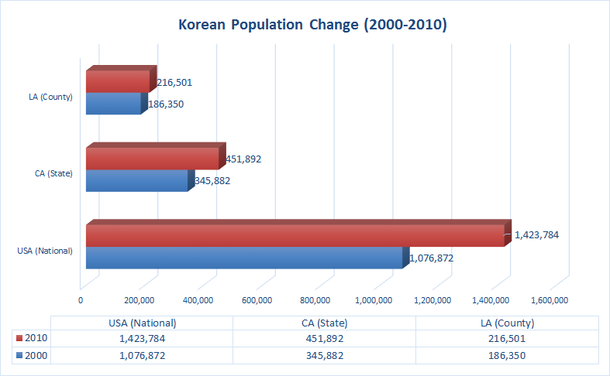 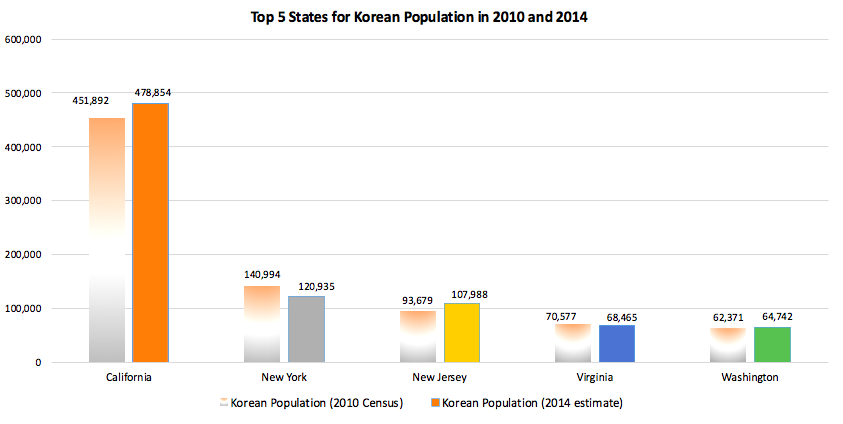 Overview of Korean and API Citizenship

Census Demographics and and Citizenship: Conclusions Pt.I
Korean Americans comprise roughly 1.2% of the total population of California as of 2018, which is a small increase of 0.2% from 2010. California-based Korean Americans comprise 32% of the country’s Korean population and LA County-based Koreans alone make up roughly 15% of the total Korean population in the US. LA County made up 46% of the Korean population in California itself. Considering that nearly half the Korean population of California is based in LA County, which harbors the largest concentration of Korean-Americans in the country, it is imperative that the Korean-American political voice in this area is strengthened. One aspect of creating a more substantial political presence is allowing a more economical and accessible naturalization process for voting-age Korean-Americans in Los Angeles (18+). Though the rates of Korean citizenship in Los Angeles do not differ significantly than those of the total API population of Los Angeles (76% vs 78%), there are large discrepancies between the rate of citizenship for Koreans who are under 18 compared to those who are 18+. We see a much larger percentage of 18+ Koreans who are non-citizens in LA County compared to those who are under 18, being 32% and 16% respectively.

Recommendations:
Since 1983, KAC has assisted more than 40,000 people with their naturalization process and stands as one of the longest continuously running Korean American organizations to provide such services. Given half of the Korean population of California is based in LA County, it is imperative for KAC to continue providing our citizenship services to assist our constituents who are largely monolingual, elderly, and lower income and work closely with the United States Citizenship and Immigration Services (USCIS) for updates on the naturalization process and application fees.